More than 1,300 Jersey Mike’s Subs locations across the country partnered with local food banks to help residents impacted by Hurricanes Harvey and Irma.

From Monday, Sept. 11, through Sunday, Sept. 17, participating Jersey Mike’s locations donated $1 for every regular sized #7 Turkey Breast and Provolone sub sold, to food banks in Texas.  The response was terrific and through the generosity of Jersey Mike's franchisees this effort raised more than $210,000!

Then, beginning in late September, Jersey Mike’s handed out special cards in local communities nationwide offering a free sub for a $2 donation to food banks in areas affected by Hurricanes Harvey and Irma.  This time communities from coast to coast contributed an incredible $361,533 to support those in need!

“We want to let people know about the fundraiser so they can come together and join us in this national effort to help all those affected by the devastation in Texas and up the East Coast,” said Peter Cancro, founder and CEO, Jersey Mike’s Franchise Systems. “We are grateful to our local owners, managers, and crews who dropped everything to make sub sandwiches for thousands of people in need as well as for fire departments, EMS and other first responders.”

John Enterline, Houston area director, Jersey Mike’s, who is heading up efforts in Texas, said, “Our focus at the local level is on feeding as many people as possible who are in need and in shelters, as well as providing sustenance to first responders so they can continue their life saving work. We appreciate the support from our customers across the country as well as from the Jersey Mike’s system as we start to rebuild as a community.” 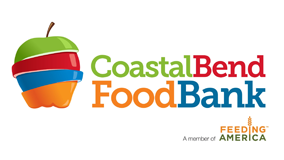